Opening day is dead ahead for many in the whitetail range. Your hunting tool could be a bow, crossbow, muzzleloader or even a centerfire rifle. Regardless, success hinges on not screwing up. Despite deer being on a hunting-free vacation for possibly seven months or more, they will react instantly to the first hint of predation and intrusion. Use the following strategies to tag out on the opener.

You Have To Scout

Scouting seems like a no brainer, but amazingly many overlook this simple chore. Even having trail cameras out does little for scouting if the focus of the trail cameras is in the wrong direction.

In the early season whitetail bucks have one thing on their mind, food. Instincts and experience tell them to fuel up because the rut and harsh winter conditions are just ahead.

Also, during this period, whitetail bucks band together in bachelor groups doing everything as a gang. The system of reliance provides protective security and sets the pecking order now and later for the rut to follow.

When the gang senses a better food source down the road, your scouting needs to determine the move to help you adjust an opening-day ambush. Late summer and early fall include many changes in whitetail country. Fresh-cut hayfields may attract a bachelor group as do succulent soybeans. A browse species may hit its peak or mast could drop, apples or early acorns, thus distracting deer from one area to surge on another.

An army of trail cameras, time behind a spotting scope and insight from local land managers all combine to keep you up to date as the opener nears. Ongoing intel aids you in making a final plan or shifting resources to stay on track with the buck of your dreams.

As you narrow your focus on a troupe of bucks you will need to narrow your hunting strategy. Choosing the right stuff falls squarely on the insight from earlier scouting. Your strategy may depend on a food plot, a massive agricultural field, a coulee leading from the neighbor’s field or even a ground blind staked at the end of an apple orchard.

Using your Moultrie Mobile App helps you sort through images speedily and visualize photo data with Activity Charting. These image-driven clues aid you in determining the best time of day to hunt a particular stand, patterns deer are exhibiting and climatic conditions when the image was captured. Together, with your firsthand information, your strategy should begin to appear.

Once a pattern sets itself apart for ambush opportunity, place your ambush at least a week or more before the season opener. Treestands are easy to make invisible, but a new ground blind or permanent shooting blind should be set several weeks in advance of the season for deer to become accustomed to the new landmark. Even a well brushed-in blind stands out in a deer’s world.

Plan to set your ambush up when deer will not be using a particular area. In the case of a field edge, midday shines as a time where deer are not present. Woodland settings can be a bit trickier, but weather events, such as breezy or drizzly days, can provide ample cover to slip in and out of an area while placing a stand. Timing your intrusion with local land management chores also offers a cloaking system. Tractors in a field, four-wheelers moving cattle and a chainsaw buzzing nearby could give you the cover needed to get in and out while setting up your ambush.

Be The Early Bird

With an ambush in place and your strategy as sound as your 401K before the pandemic, fine-tune your opener with an early, invisible entrance and equally invisible exit route. By staying under the radar of deer, your entrance to your ambush keeps your entire opening-day plan a secret. This is important for both a morning and afternoon hunt. If deer sense a trap, they could alter their patterns enough to avoid the ambush you planned. That puts all your efforts in the pre-season to waste and possibly forcing you to produce a new strategy to implement before deer make another huge change in their pattern.

Your hunting app gives you the tools needed to map out ingress and egress from your point of ambush. Look for draws, ditches, creek beds and other terrain features providing cover to your movement. This, in combination with predominate winds for your ambush position, will aid in masking your presence. 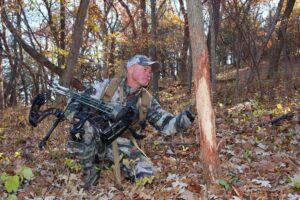 Another tactic to utilize is the early-bird action. Arrive ultra early to not only utilize factors such as darkness or deer in thick afternoon cover, but to also allow the area to settle after you slip into position. Deer are used to things that go bump in the night. Without a full moon illuminating an area and the wind in your favor, your form could easily be missed by deer on the other side of a field or chewing their cud the last time before a sunrise move.

In the afternoon, arriving early means you will not bump any deer already up and about for the afternoon. You should strive to beat deer to fields or before they rise and begin traipsing through woodlots on their way to feed. A straightforward way to achieve this goal is to set you ambush play in motion a full hour before you normally would. Use your invisible access routes, arrive early and your odds increase for a meeting of unsuspecting deer.

What About Other Hunters?

This next opening-day consideration has a focus to public-land hunters or hunters sharing a property with several other individuals. Any small army invading a property has implications for deer living there in a relatively undisrupted lifestyle. As you consider the consequences and how it could affect your strategy, you have two basic options. First, either get in the way to possibly intercept deer moving away from hunting pressure. Second, you can skip the opening fray and wait for deer to return to a normal pattern.

In the first scenario, waiting in another location for deer to possibly slip by you as they evade others means a second ambush setup. On public land you may need to pack in a climbing stand, like the new Viper Level Aluminum Climbing Treestand by Summit. In a private-land setting, look for all obvious escape corridors and sanctuary settings where deer may flee. Having a stand in a funnel or pinch point near these hotspots could put a deer in your lap if deer feel the heat on the opener. 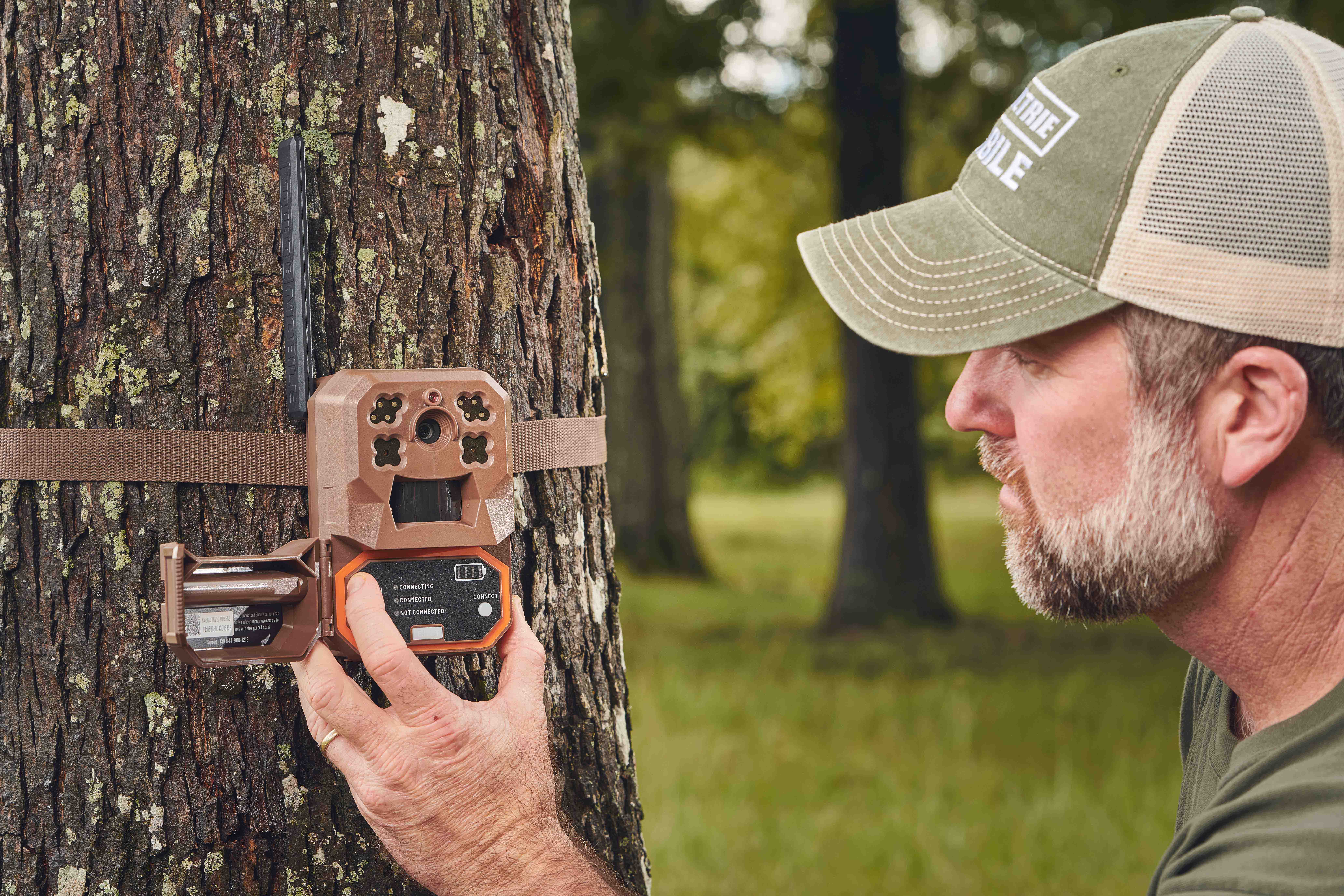 The second option could be a heartbreaker: skipping the opener. This sounds drastic, but if you suspect a wave of lackadaisical hunters are about to invade your property, it could be best to let them do their damage. Plan your hunt at least three days later during the midweek. Why? Studies have shown that deer routinely go underground the instant they sense hunting pressure. Nevertheless, they often return to a normal routine after approximately three to four days. Skip the opening madness and hunt midweek with no hunting pressure if your schedule allows.

Finally, have a backup ambush plan in place. A second stand or blind in an alternative setting gives you options. Having that setup on another property expands your possibilities even more in case of an unforeseen event on your primary hunting ground.

What could happen? An unusual weather event could change predominate winds giving the advantage to the deer at your hotspot. An early harvest could equal unplanned agricultural activity or a farmer could suddenly allow a long-lost nephew hunting access. Add in your own craziness, but over the years you will encounter several unforeseen obstacles that may botch your preplanned, opening-day assault.

The opener offers a distinct advantage in bushwhacking an unsuspecting buck. Putting some effort into that strategy will allow you to score big on opening day and beyond.