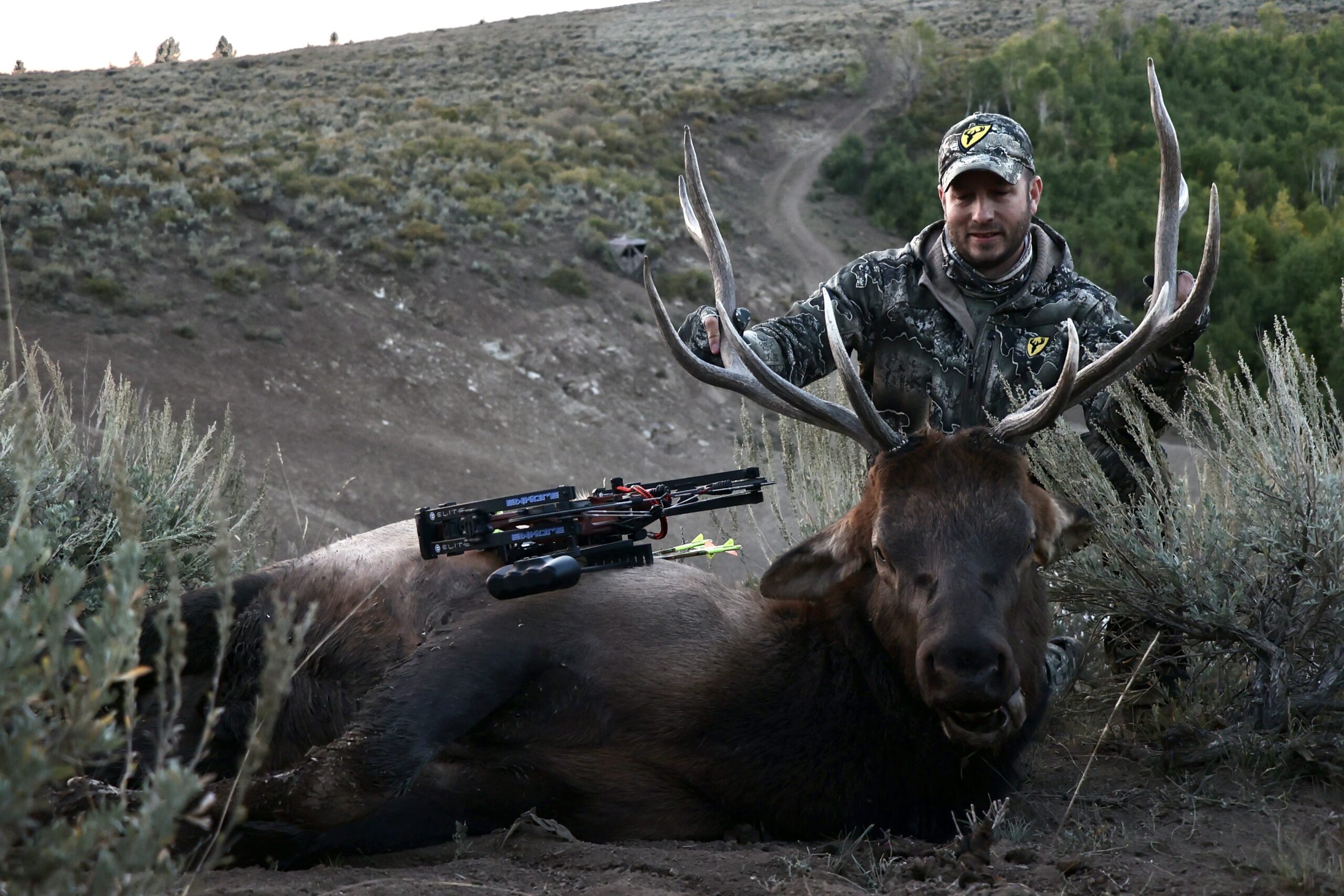 Doug DeHarpart is the host of Created Outdoors TV, a Christian-based outdoors show that features hunts across the country. His guests may include young hunters or those with disabilities. DeHarpart shows the hunting scene, which he deeply loves but stresses his blessings, for which he and his family are deeply grateful.

It wasn’t always that way, though. DeHarpart didn’t grow up hunting all the time. “Our parents took us to hunt and fish on redneck vacations to Texas, Pennsylvania or West Virginia,” said DeHarpart, who grew up in Akron, Ohio, and lives southwest of there now. “Or we’d go fishing here and skiing on the lake. We went deer hunting a few times but It was always, ‘Sit here, don’t move, I’ll be back.’ and I’d never see anything.

Jump ahead to when DeHarpart got into the outdoors television world. He connected with Alex Rutledge and worked on the “Bloodline” show for several years. He learned, bought gear, learned more, experienced different things in the industry. New experiences, new fears, new “what if” situations. After splitting with Rutledge, and a follow-up show possibility that fell through, DeHarpart was at a crossroads.

“As usual, I was in a tree stand thinking about things and I had a peace come over me,” he said. 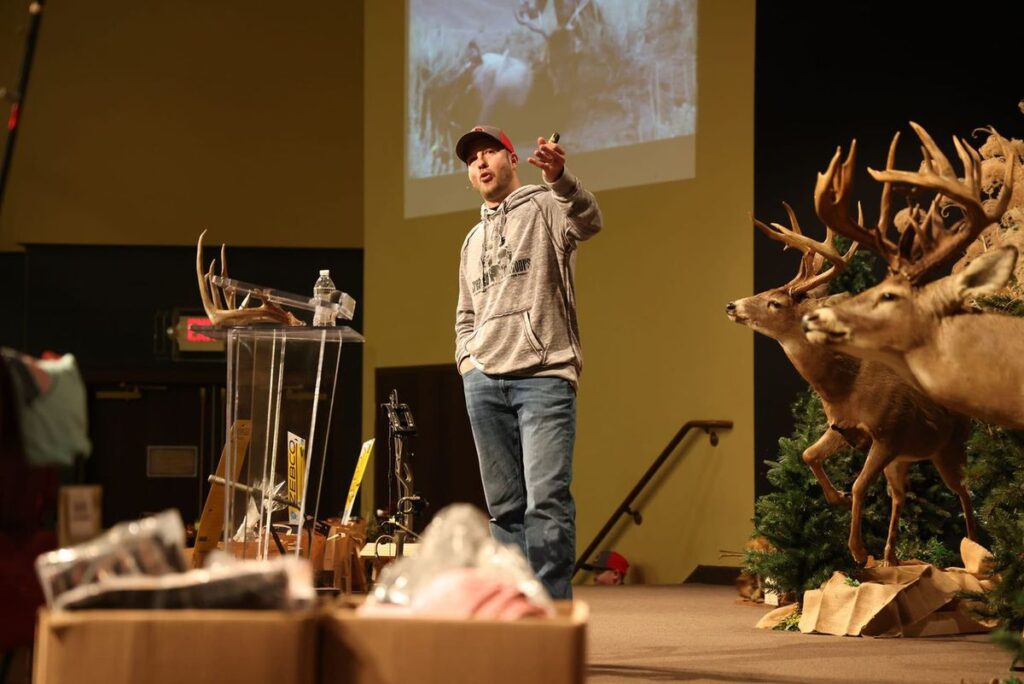 “What’s God going to do with us? We, my wife and I, kept asking what we were going to do and ignoring what He was going to do. We were at a Chris Tomlin concert, and he gave his testimony on stage. He said someone in the audience was seeking a change, needing something, and that God had created us for a plan and purpose. That hit hard. It was a wakeup.”

DeHarpart began Created Outdoors TV seven years ago and, like many shows starting out, leaped into the deep end with sponsors. More than two dozen, he said, offering money and products were too much. Today, they’re down to a handful “who are more invested with us because we don’t want to be NASCAR for the gospel. Elite Archery, for example, has been with us for five years. We promote Moultrie Mobile products because we believe in them.”

Like many deer hunters, DeHarpart enjoys visiting Kansas, which he calls “the magical state.” But living in Ohio is pretty darn skippy, too. He has killed about 20 deer between 130-140 inches there, and in 2021 his son shot a 156-inch Buckeye State buck. DeHarpart also spent the night in a blind so as to not spook a big buck that scored about 170. 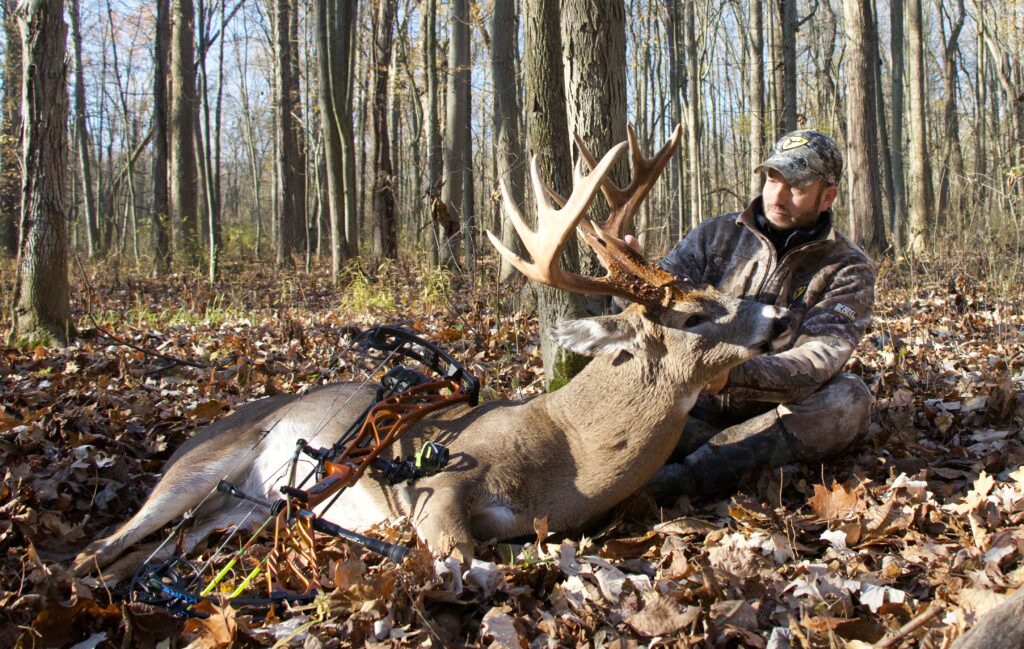 “I had about 35 acres in the city but didn’t know what was there, so I threw out some corn in front of a camera,” he said. “A giant with five does showed up, which was cool. But I didn’t have any blinds out yet. My Oak Ridge blind arrived on Nov. 5, and we got it put up in about 45 minutes, and I got out of there. I hunted another spot the next morning and got a camera ding with the big deer in front of the blind at 8:30 a.m.

“I went home, got an air mattress, sleeping bag and stuff for the night, went back and settled in for the night. I shot him at 8:30 the next morning. That was pretty cool.”

He definitely enjoys Kansas, which he says has “incredible terrain changes, from the hardwood draws and funnels in the east to the beautiful, big CRP land further west.” But home is where his heart is. The Ohio native chooses from his Buckeye State as his favorite hunting spot. Kansas may be a close second, and elk hunting vistas in the Rockies are fighting for that No. 2 position, but Ohio remains on top. In the frontier days of America, the Ohio territory and then after it gained statehood in 1803, was considered a vast repository of fertile lands, hardwoods and rivers replete with fish, fowl and big game. It’s sort of the boundary between the Northeast and Midwest. It still is one of the country’s hunting destinations.

“There’s just nothing like scouting, hunting and killing a nice, mature buck on your own turf,” DeHarpart said from the seat of his tractor, on which he was bushhoging pasture. “I think that’s why I have a lot of respect for hunting here in our home state. The Ohio DNR also does a pretty good job managing the wildlife, too. It’s just a good place.”

Of all the hunting he’s done, watching his son tip over the 156-inch buck on their property last season is No. 1 on his list. 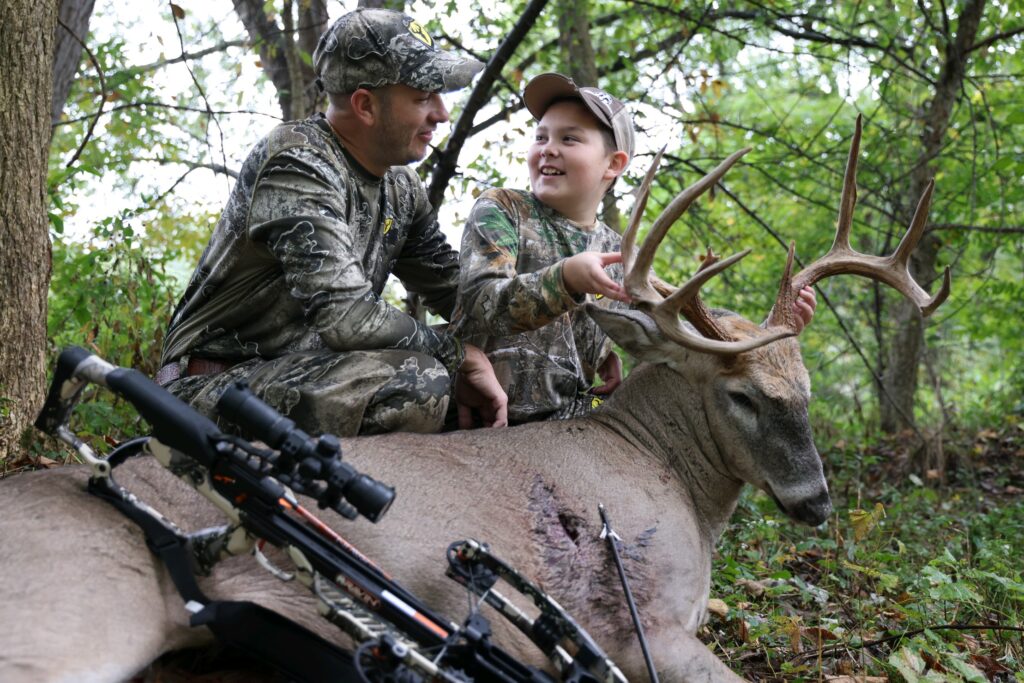 “Oh yeah, definitely it would be that hunt last year on our 35 acres in the city with our son,” he said. “I had that buck in my sights but it walked in front of his stand. I got to sit there and watch the whole thing, which was pretty special and really cool. I guess I’m in that part of the evolution of hunting where maybe I’m enjoying watching and helping him more, and there’s nothing wrong with that.”

Deer, turkeys and elk are what gets DeHarpart’s motor running. He grew up small game hunting, with the rabbits, but said he’s not been in years. Passions change with time. Perhaps at some point down the road Mr. Cottontail will be revisited.

“Really, though, turkey and deer and going elk hunting last year out west are really my big things,” he said. “There’s nothing like hearing an elk bugle, getting as close as you can to it, being in that gorgeous setting … it’s just great.”

About the author: Alan Clemons is a professional writer whose work has appeared in countless newspaper columns and magazine articles for more than three decades.

Hunting Season Burnout: What It Is and How to Overcome It

You can get burnout from doing almost anything, including hunting. This guide explains what hunting season burnout is and how you can overcome it.

Karen Butler created, launched and runs a company called Shoot Like A Girl. Her and her staff travel the country in a camo and pink 18-wheeler teaching woman how to safely shoot firearms and archery equipment.

6 Tips For Hunting With Kids