What Are The 3 Biggest Concerns Affecting Deer Hunting? 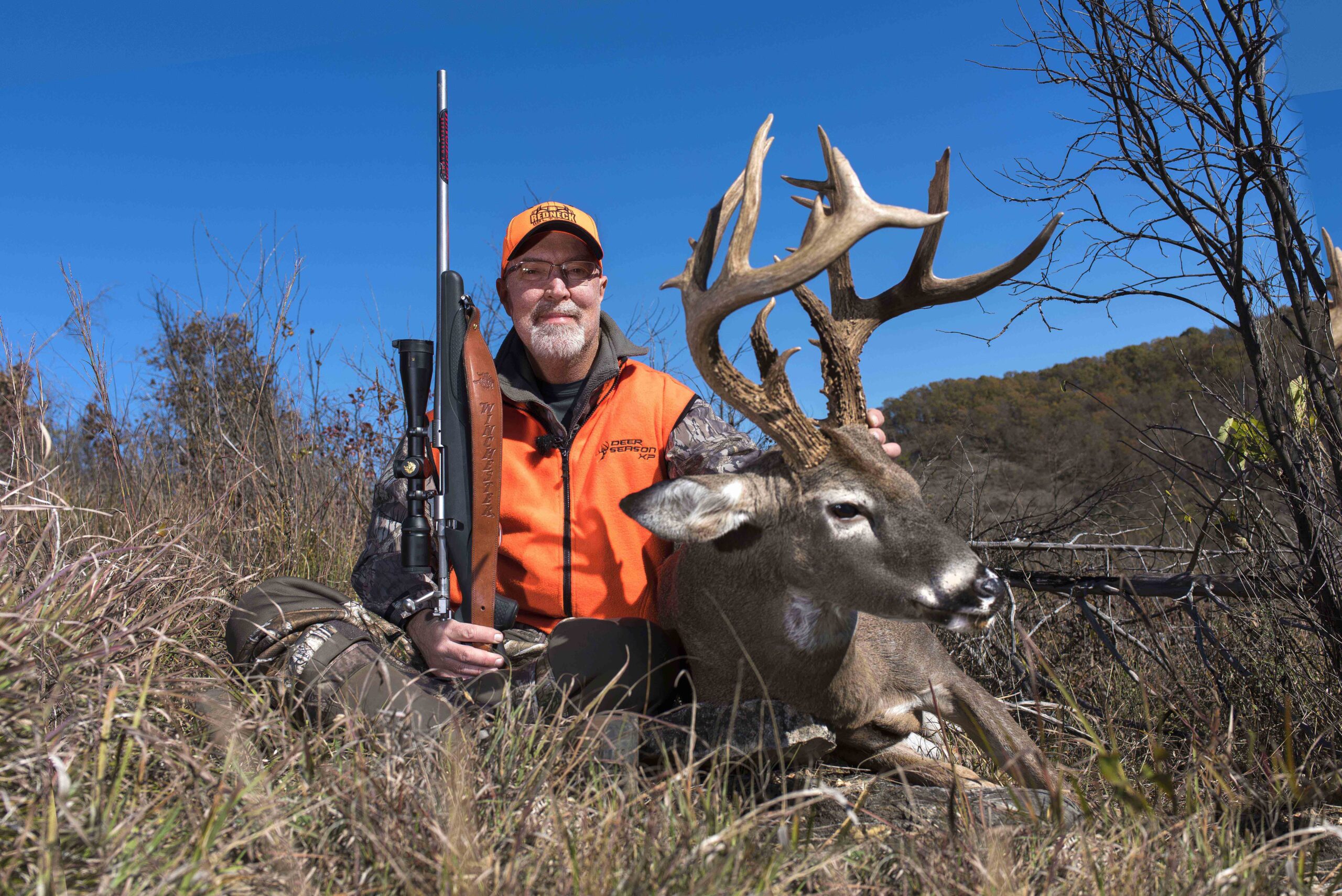 Grant Woods has been around the block a time or three after several decades as a leader in the outdoors industry. He’s hunted throughout the country, primarily for whitetail deer, and is considered to be one of the foremost experts on land and whitetail management.

Woods also is a prominent member of the outdoors communications industry. For years he has produced content for his popular and successful show, GrowingDeer.TV, as well as other outlets. Woods is in demand for speaking engagements and frequently is a source for whitetail- and management-related content. His success and experience come from years of sweat, success and failures in the woods, with his educational experience in wildlife biology including time at Missouri State University, the University of Georgia and Clemson University, where he received his Ph.D.

Woods lives in southwest Missouri on about 900 acres. He films GrowingDeer.TV on his farm, focusing on creating better habitat, quality food plots, habitat enhancement through timber stand improvement and prescribed fire. All these things, and other management tools, help a wide variety of wildlife. When we caught up with Woods, he was amid planting food plots on his property and putting the final additions on things before the Missouri archery season opens in mid-September.

I asked Woods for his three biggest concerns related to whitetail deer and deer hunting. Here is what he said.

“Oh, CWD without a doubt. That’s my No. 1 concern. It continues to spread, is fatal, there’s a lot of bad press and misinformation about it, and we have six decades of data that is irrefutable. There’s no vaccine on the horizon for it. The best thing we can do is continue to be vigilant about it and not ignore it.

“What we need to do is use the strategy the better states have done in keeping it at bay. Illinois is good example. For now until we know more and continue to do research, we have to do whatever we can to hold it at bay. Illinois discovered it about same time Wisconsin did, across the state line. Illinois took a plan some other states used and still use: reduce deer in small radius in that positive area, no baiting or mineral supplements, testing and education. Illinois has been into it now for a couple of decades and their highest prevalence is 3 percent. But right across the state line from them, it’s significantly higher.

“Missouri has done the same thing. CWD only has been known here for about 15 years and the highest rate is 1.7 percent. They took the strategy of reducing them in the CWD zone along with the other measures. We unequivocally know what works. I film a new show every week, 52 weeks a year, here on our ranch and we’re in a CWD unit. We see what’s going on with our deer from young ages to maturity. When I work in western Kansas, on ranches of 30,000 acres or so, and Kansas has chosen to ignore it, you see very few 5-year-old bucks out there. They’re dying from CWD at a younger age.

“If we allow CWD to go unchecked, it will only get worse. That’s my biggest concern, no doubt. And it’s not just something hunters have to think about for the next five years or so. We have to be thinking long-term effects, decades down the road instead of just short-term.”

“My second concern would have to be all this silly infighting among hunters. It’s a huge concern of mine. I’m old, I’ve lived through the crossbow-bowhunter arguments and all those days of hearing crossbow hunters were “going to shoot out the deer herd.” They did not do that. Since then we’ve seen better crossbows, more advanced optics on rifles, better ammunition and other gear, and in almost all cases the deer herds have continued to expand or increase. Crossbows weren’t detrimental to the deer population. Look at the states that approved crossbows for hunting long ago, like Ohio. It still has a strong population and people want to go hunt there every year. 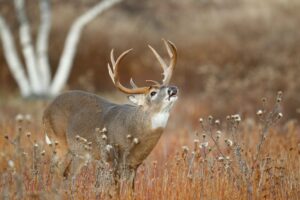 “So, most of those (insults) are based on ego or someone’s personal goals instead of any biological reason. My take is let’s support all hunters, if they’re hunting legally and ethically. We don’t need the infighting, which only diminishes our image. About 90 percent of the public approves of or doesn’t mind hunting as long as it’s done ethically, legally and the meat is used.

Social media obviously has made this worse, right?

“Yes, definitely. It’s affected hunting just like with politics. It seems most folks who make harsh statements aren’t standing within punching distance, or they make harsh or derogatory or insulting comments and use a pseudonym. This division isn’t good for anyone or for the hunting community. It’s a significant concern of mine.”

“We’re building more parking lots and buildings and other things, and at some point the habitat gets real skinny. 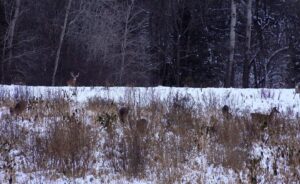 “One of the positive movements I see is more farmers using regenerative agriculture practices. It’s a more connected relationship with the land, using the least amount of synthetic herbicides or none at all, having more plant diversity, keeping some kind of crop or cover crop in the soil year-round, and things like that. Common-sense practices that have been done for many years, but we got away from them with industrial farming in the last few decades. Regenerative agriculture reduces erosion, uses the sun’s energy better thanks to plants in the soil all the time, the soil is improved, and all this helps wildlife and improves the soil.

“Depleting soil quality is a national tragedy. We’re losing nutrients in our foods because the soils are stressed or depleted. That affects us and the wildlife. These regenerative AG farmers have found great ways, some traditional ways, to restore soil health. I’m enthused about this but we still have to look 10-15 years and longer down the road and have more people take it up.”